Whose idea was that?

Ideas are the genesis of all deeds and all movements throughout history. Some ideas (like mixing hazelnuts and chocolate) are great, some (like head cheese...warning: only click on the link if you have a strong stomach) are terrible. What I want to explore is what it takes for a bad idea to gain support and general acceptance.
K, from Men in Black, said (paraphrasing): A person is smart, but people are dumb. Perhaps mob-mentality can explain humanity's general acceptance of bad ideas, but maybe there is something more. For example: How can an otherwise intelligent person consider, believe then accept that something as awful as the Holocaust is not only acceptable, but necessary? 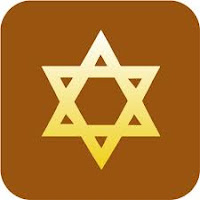 Having lived in the former USSR, I discussed the Holocaust with several older folks who had been there when it all took place. One older gentleman told me that, for him, it took consistent bombardment from the propaganda machine to comply. This bácsi (Hungarian for old guy) told me that every Jew he knew was a terrific person. So when all the antisemitic sentiments of the Nazi party began broadcasting over the airwaves, he dismissed it. Several weeks later, he started to assume that the only good Jews were the ones he knew, because the rest of them were vermin. Looking back, he was embarrassed that he did nothing to stop the persecution of the Hungarian Jews in his village. He realized that most everyone loved their neighbors and friends who were Jews, but like he had done, assumed that all the rest were scoundrels. 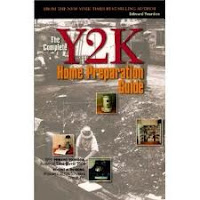 Another one that I will never understand is the whole Y2K fiasco. Who was the first guy who suggested that computers (machines designed to process large numbers, equations and algorithms) might not be able to count from 1,999 to 2,000? Not only did the first guy think it was a big deal, but also a large enough percentage of subsequent computer geniuses that it became a worldwide scare. From a guy (or group of guys) thinking the calendar's switch from December 31, 1999 to January 1, 2000 would break computers, it snowballed. People thought their bank accounts would vanish, that planes would drop out of the sky... that mass chaos would lead to riots and economic devastation. 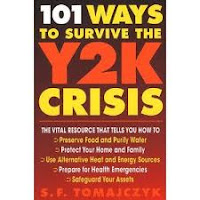 Think about that for a minute.

Even in 1999, people could chat with other human beings across the globe through computers. Cellular technology was fairly solid and mobile web browsing and SMS were becoming more and more common. Computer models were tracking weather systems and generating solutions to mathematical conundrums at universities and research labs all over the world. But for very obvious reasons (start this sentence over and read it sarcastically, if you didn't do so the first time.), people thought that a machine, called a computer, could not compute that 2,000 follows 1,999.

Folks withdrew money, some closed accounts they had maintained throughout their adult lives. Others built bunkers and loaded up on survival gear. All of this, and for what? Why? Because they heard it was coming and that it would be bad. Hindsight is 20/20, but with a little critical thinking, foresight can also be near 20/20.

*   *   *   *   *
Then there is the infamous group of students from a private religious university several years ago who thought it would be a good idea to go to Las Vegas to get married. They didn't want to get married for real, but just to engage in coital activities before getting their marriages annulled the next day. There was one person who suggested the idea: we can experience something exciting and new, without breaking any commandments regarding pre-marital chastity, then just pretend it never happened. Another person, without thinking twice, agreed that it was a brilliant plan...the letter of the law would be followed and they could get a little closer to the hot babes from the adjacent apartment. Subsequently, others (including the hot babes from the adjacent apartment) hopped on board and executed the idea.

Although it is common for college students to engage in promiscuous activities, this situation was a particularly ridiculous idea because of all the ways in which they justified their actions. The students could just have done whatever they wanted to do, without the sham marriage and two days later, nothing would have been different. But they spent a lot of time and money trying to trick the system. The end result is they were dismissed from the school for violating the code of conduct they swore to uphold and all the justification they could devise was meaningless.

Good rule of thumb: if one has an idea that requires an abundance of maneuvering around laws or ethics, it probably isn't a good idea. A solid idea should stand on its own merit.

There are plenty of plain old bad ideas out there. People all over the world are devising and supporting them everyday. Groups large and small show support for dangerous, ridiculous, evil or just plain stupid ideas on a regular basis. Why? Think about planking. People have died from falling off of buildings and bridges because they wanted to show how brilliantly awesome they were... by laying face-down, as flat as a board on everyday objects. Idiots!

Along those same lines... the whole YouTube craze where people try to do something ridiculous in order to get views. Some of the worst involve pogo sticks on treadmills or anything else that can result in broken bones and/or death. All for hits on a video sharing website.

Without going into a discussion, it is also worth noting: reality TV, the Tickle Me Elmo insanity, Furbies and mannequins with nipples.

What others are out there?
Posted by Unknown at 12:52 AM