Earlier this week, I searched for a little story or poem I could use to help teach my young children an important life lesson. The topic I was looking to address dealt with honor and character. What I found is a brilliant little song from the Children's Songbook used by my church. Clearly, it was written for children, but the message is valuable to adults, as well.

I Believe in Being Honest

Each line of it is golden. As a family, we went over the lyrics and discussed the definitions of the various words and themes. Then we sang it about seven times. After discussing that 'being honest' is telling the truth, and that 'being true' isn't redundant, we delved deeper into its meaning. The word 'true' has ties to honesty, but it is also synonymous with authenticity, nautical and navigational straightness and being factual, accurate and precise.

Being honest in word and deed results in one being reliable and consistent. Someone who bears this trait is trusted and respected by his or her associates. With trust comes many great opportunities. A truly trustworthy person is uniquely positioned to serve and help other people, to take on extra responsibilities (and by extension, creating even more possibilities) and to develop and nurture more meaningful and lasting relationships. 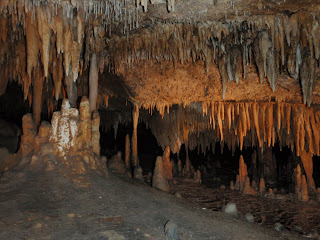 To 'form good habits' is a great notion. It suggests the need for work and action. Stalactites and stalagmites are formed by longstanding consistency on the part of water and mineral deposits. Sculptures are formed by the touch of a masterful artist who has both the vision and the developed skill to create art. Forming a habit generally means that the activity, action or characteristic associated with the habit is not instinctual. It is an act that one must do over and over again until it seemingly becomes second nature. If this is the case, then regardless of one's age, the habit of honesty can be developed by making a concerted effort.

The next part is somewhat redundant, but it is important enough to be restated. "To keep my word, to tell the truth." Simply put, do what you say you will do. And if you cannot do it, don't say you can or will. Being reliable and dependable may seem a bit boring to some, but throughout history, inventions have been created, ideas have become ubiquitous, wars have been won, freedom has been earned and endured by the hand of the persistent.

"To speak up in defending right." Following the advice of Dr. Martin Luther King, Jr. and Edmund Burke, to stand up against injustice, bullying, lying, gossip and any other sort of wrong builds individual and societal strength. The vast majority of people recognize right and wrong, but most lack the courage and leadership skills to fight for the right. When one voice speaks up, it encourages the next.

The final thought and line, "And keep my name and honor bright," alludes to reputation and integrity. Your name, when you're all alone, is just a word. All alone, you have no need to use a verbal device to distinguish yourself from another. So in this sense, your name (or 'your good name') is simply your reputation.

Some say that it doesn't matter what other people think about you. This is true only as it relates to hearsay. However, people form opinions of other individuals through personal interactions and dealings. If you are a rotten person who behaves poorly toward others, what they thinks matters, indeed, because your character created their perception of you. Keeping your name bright means that you are always upstanding when interacting with others in society.

Honor here is similar the 'your good name' notion, but more like integrity. Your reputation deals with others' view of you, but honor is the goodness inside of you. Keeping it bright means your goodness is pure and radiates strength from within. Having honor means you are honest with yourself and others.
Posted by Unknown at 8:34 PM