You wake up early to go for a jog. After getting dressed and putting your sneakers on, you play your Training playlist for its fast-paced, upbeat rhythm and motivational lyrics. About seven blocks into your jog, it hits you that your favorite song has been skipped. Pausing to figure out why the song was passed over, you take your mp3 player out of your pocket.

The track isn't there.

You search the directory by song title, by album and by artist. You see other songs, but no sign of your favorite. Perplexed, you do an internet search. The song doesn't seem to exist. 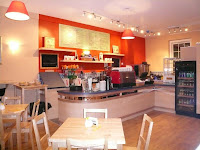 You are now extremely confused, so you jog around the corner to your local smoothie shop. In its place, you stand before a dry cleaner. Certain that you are losing your mind, you walk home contemplating the possibility you are insane.

Everything else in the world looks and sounds the same to you. But the song you've loved since your sophomore year of high school has never existed and the place you've always gone to get smoothies has never been anything other than a dry cleaner.

Worried that you would be scoffed at by your family, friends or colleagues if you were to tell them, you keep the anxiety and bewilderment simmering at the back of your mind. As your day progresses, you look for clues as to why things are amiss and you direct more of your focus to observing your surroundings. You desperately hope nothing else is off. 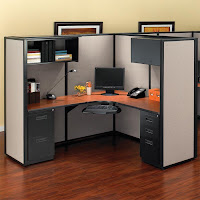 Later, sitting at your desk and looking out your office door, you see an unfamiliar face working in the cubicle that yesterday was home to your current project: an up-and-coming go-getter whom you had been mentoring for several months. What is going on? Could it be some sort of brain tumor conflating your memory bank and your imagination?

The recording artist had written and recorded the song you had loved so much. However, before heading to the studio, one of the album's producers had just finished arguing with his girlfriend and decided the upbeat song was a bit too nauseating. It was cut and no one else ever heard it.

The would-have-been proprietor of the smoothie shop, fifteen years prior, was faced with a life-changing decision. He could either stay at the job he had been working for several years (a job which he did not love, but with which he felt comfortable) or he could take a risk and start a business. One about which he was passionate. In the new reality, the smoothie maker is a sales manager at a fish tank filter manufacturing company.

Your young protege had also made a divergent life choice several years prior. Rather than going to the school closest to home, to be close to his girlfriend, he went a few states away. Rather than settling on business administration, he pursued his dream of playing football at the collegiate level. In the modified reality, that young go-getter is the backup tight end for the Arizona Cardinals.

Look around. What niceties do you enjoy without giving a thought to the crucial choices it took to make them a reality? Every object, every idea that has contributed to the world in which we live exists solely because one individual devised its creation and (either alone or with a team of others) endeavored to bring it to light.

Architects, inventors, artists, musicians, philosophers, theorists and all sorts of normal folks have shaped society and civilization through a series of both simple and great choices. These decisions have been both of omission and commission. How many great things would have been missing from this planet if their creators and discoverers had chosen to go down to the pub instead of the lab?

How many advances are not benefitting humanity because someone capable of great things chose not to pursue their lofty aspirations? What if Einstein's parents had been fighting around the time of his conception and his life never was? What if Aristotle had inadvertently stumbled in front of a chariot and was rendered an invalid? The difference of one second or one step could be the difference between the world benefiting from one of the greatest philosophical minds in history or never knowing the name Aristotle.

What choices are you making?
Posted by Unknown at 11:48 PM