You are Adam or Eve

DISCLAIMER: Although Biblical names are used in this piece, they do not represent the actual Adam and Eve, but the theoretical first woman and first man in an abstract parallel.


As the last couple posts are a basic, overly simplified parallel to the life of each individual who reads it, please overlay these points onto your current life situation and see if you are on track or if your course needs correcting. 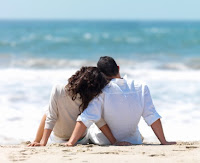 IN GENERAL: Both Adam and Eve had to discover who they each were, as individuals, before they could be strong partners in a social compact. They developed skills and talents. They became well-rounded people. From there, they didn't lose any of themselves or give up character traits by being married... rather, they added to themselves by adding the other. Things that limited them as singles were less likely to inhibit them as a couple.

SPECIFICALLY EVE: Eve had many abilities surface as she wandered about the land. She was a nurturer. She helped beautify her surroundings and nursed sick and wounded animals. She was a skilled gatherer. But to her, none of those things held nearly as much importance as did her role as mother.

It brought her great joy knowing that she could impart, not just her genetics, but also her wisdom and experiences to a new generation. The education she would provide would make her beloved children better suited to get a head start on their lives. Creating life, incubating it, nursing it and giving it a solid foundation was so fulfilling to Eve that she believed mothering was her life's greatest objective. She felt it challenged her more than anything else she had faced and was far more rewarding.

SPECIFICALLY ADAM: Adam, in order to be desirable to Eve, had to be strong, resourceful, productive and pleasant to be around. Because he was a critical thinker and a dedicated laborer, Eve felt safe with him. Through his sense of humor and tenderness (when appropriate), she felt connected to him.

Adam, when doing things the right way, was responsible for providing food, clothing, shelter, a listening ear (required always) and wise counsel (required less often, but still required). He needed to show his wife that he would do anything to protect her and their children. Additionally, he had to teach his children the virtue of hard work and frugality, or being resourceful.

A FEW THINGS TO GLEAN:

1 The first thing worth highlighting is that both Adam and Eve were strong and capable of many things. Today, with such a strong focus on self-esteem, society often makes the mistake of glorifying mediocrity. It is almost like awarding a gold medal before the race is run. Each individual has so much potential. You have so much potential. Don't fall into the trap of being satisfied with just going along. We need to act each day as if there were no one else upon whom we might rely. Too many of us are content to sit back and let someone else take the lead. To allow someone else to actualize that brilliant idea that has been at the back of our minds. We cannot let opportunities pass us by.

2 Another notable observation is that neither Adam nor Eve approached the other with any hostility. Each was confident in what they brought to the table and each respected the other as an individual. In today's world, there is an unnecessary battle being waged between the genders. It is psychological. It is a cause in which many take an interest, but at what cost? Imagine how productive Adam and Eve would (not) have been if they spent their entire existence belittling the other because of something as basic as gender. There would have been no happiness for either of them and there would have been no further generations.

3 Which takes us to the third and final point I wish to touch upon: Every new generation is unique. With every new life comes new possibilities and potential. Each newborn can be a potential curer of cancer or a great philanthropist who blesses the lives of the needy. Every child is a potentially gifted statesman or athlete, scientist or doctor.

Every great leader in every field is and has been endowed with special skills, but how more likely is their success when they are the beneficiaries of strong foundations given to them by loving parents? A mother and father are both important, but a mother is a special treasure. One good mother can save a nation. In the end, regardless of how beautifully Eve could weave a blanket, her most lasting legacy was embedded in her role as mother. Her decision to have and support children impacted thousands and thousands of subsequent lives. 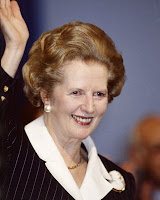 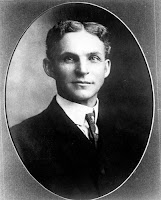 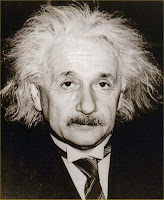 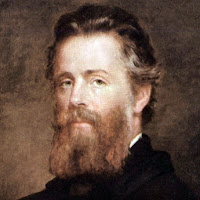